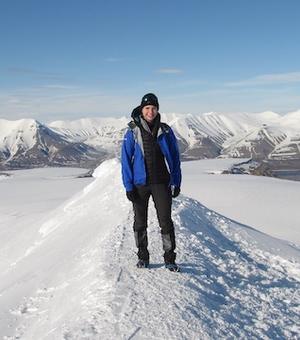 2017
The influence of Holocene sea-ice variability on Arctic biota: using the past to predict the future
maria.dance@ouce.ox.ac.uk 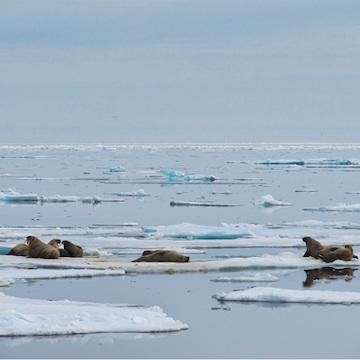 I completed an MRes in Ecosystem & Environmental Change at Imperial College London after achieving a BA (Hons) in Biological Sciences from the University of Oxford. For my master’s thesis I determined whether plant populations may be able to migrate faster than previously thought in response to climate change; I reconstructed velocities of vegetation change during rapid, natural climate changes of the last glacial period and compared these rates with estimated rates for 21st century climate change.

In 2019 I completed a NERC Policy Internship at the UK Parliamentary Office of Science and Technology (POST) where I researched and wrote a policy brief summarising climate change-biodiversity interactions and their place in international environmental policy.

I have research experience in polar, tropical, and temperate ecosystems.  I spent the summer of 2019 in Svalbard, where I completed the UNIS Arctic Plant Ecolgy PhD course in which I led a project revising and creating a digital key for Draba species. I conducted fieldwork for my undergraduate thesis in Wytham Woods, Oxfordshire (2015) and have also undertaken fieldwork in Borneo (2015) and Sulawesi (2014) as an undergraduate student and as a research assistant.  I also undertook a research internship at the Oxford University Museum of Natural History (2015).

Sea ice is an important seasonal habitat and dispersal corridor for many Arctic species and is a major geographic barrier for others, both marine and terrestrial. It affects population dynamics, species distributions, and species interactions. My research tests hypotheses on the influence of Arctic sea ice on ice-associated species during the Holocene period (11,700 years to present) using pan-Arctic, driftwood-based sea ice reconstructions and phylogeographic data. Comparing long-term sea ice variability with species population histories will improve predictions of the impacts of climate-driven sea ice loss on species throughout the Arctic.

School of Geography and the Environment