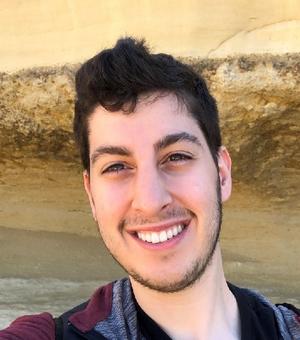 2019
Coccolithophore Speciation and Adaptation in the Quaternary Oceans 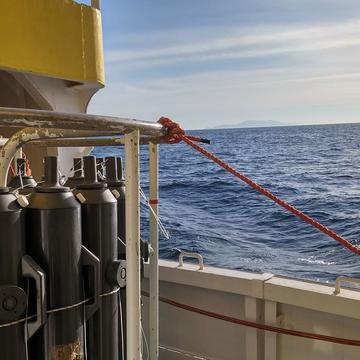 I am fascinated by the bidirectional interplay between plankton (palaeo)biology and the Earth’s climate.

Previously, I completed a BSc (Hons) in Geology and Geoenvironment at the National and Kapodistrian University of Athens in Greece (2013-2017), where I worked on projects related to microplankton biology and palaeontology. During this time and as part of my BSc research project, I also studied Geological Monuments of Greece.

In 2018 I pursued an MSc (Hons) in Earth, Planetary and Environmental Sciences at the University of Lille – Sciences and Technologies. My MSc project focussed on phytoplankton biogeography and calcification in the Eastern Mediterranean Sea by probing extant and surface sediment (fossil) assemblages.

Prior to joining Oxford, I worked as part of the Micropalaeontology lab of the Department of Earth Sciences of University College London (UCL) in the UK. Most of my research work included studies of phytoplankton taxonomy, biostratigraphy and role in palaeoclimate.

§  One of twelve winners of the TMSoc Microfossil Image Competition (2017). Image placed in the TMSoc CALENDAR 2018 and used as the cover page in the spring issue (March 2018) of the Newsletter of Micropalaeontology.

§  One of twelve winners of the TMSoc Microfossil Image Competition (2016). Image placed in the TMSoc CALENDAR 2017.

My research interests span palaeobiology, biomineralisation, taxonomy and geological applications of coccolithophores - marine calcifying algae that have a pivotal role in the functioning of the carbon cycle over geological time.

In my current DPhil research, I aim to understand the recent evolutionary history of this phytoplankton group. My ambition is to determine the interaction between the morphological signals within deep oceanic sediments and of genetic variation in extant organisms by using a range of palaeontological and biogeochemical techniques. In a broader sense, I aim to shed light on the evolutionary processes driving speciation in the marine realm as well as the associated rates over macro-evolutionary timescales.