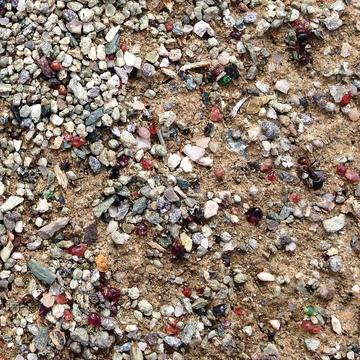 Fundamental questions about the formation and evolution of Earth can be addressed by studying plate tectonic processes at different spatial and temporal scales. In particular, metamorphism, magmatism, and deformation within the crust and upper mantle control the geodynamics of mountain building, the birth and death of ocean basins, and geochemical cycling of solids, liquids, and gases between the Earth’s surface and interior. Areas of current research focus include the physico-chemical effects of fluid–rock and melt–rock interaction in different geological environments, the petrology of meteorites and other rocky bodies in our solar system, and how tectonic and metamorphic processes and products have changed on each though geological time. The details of any DPhil project will be discussed with the student, but are likely to entail components of fieldwork and sample collection, laboratory microanalysis (XRF, SEM, EPMA, LA-ICP-MS), and petrological modelling, all of which would be conducted as part of an international and interdisciplinary team. Potential field areas include the United Kingdom, the United States of America, Canada, and China.

Follow this link to current DPhil Topics in Earth Sciences

MESc, D.Phil in petrology and tectonics, University of Oxford.