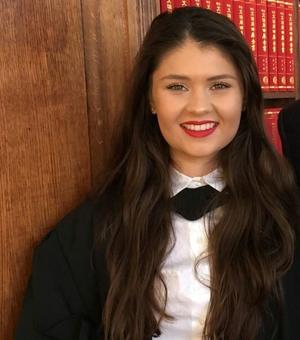 Having grown up on a farm in rural Northumberland, I have long had a passion for learning about the natural environment. This drove my decision to study BSc Geography at Royal Holloway, University of London (2014-2017). Whilst there, my research focussed on Quaternary environments; specifically the fields of geochronology and palaeoenvironmental reconstructions. I became particularly interested in the application of tephrochronology - the use of volcanic ash (tephra) layers as chronostratigraphic markers in sedimentary archives (e.g. palaeoenvironmental and archaeological records). These markers can be used to correlate and, crucially, compare disparate archives to aid a better understanding of the spatiotemporal nature of climate change across large geographical regions.

Following my undergraduate studies, I attended the University of Cambridge (2017-2018) to undertake a M.Phil under the supervision of Prof. Julian Dowdeswell and Prof. Christine Lane. There I specialised in the identification of tephra non-visible to the naked eye (cryptotephra), the study of which enables tephrochronological research to be conducted in more distal locations. My thesis “The first detection of Holocene cryptotephra deposits in lacustrine sediments from southeast Greenland” was one of the first cryptotephra investigations conducted in Greenland lakes with key findings being prepared for publication.

I have a demonstrable passion for encouraging wider public engagement in science. I write a science blog under “That Geordie Geographer” and I am a tutor for the Brilliant Club, a charity which aims to widen access to university for students from underrepresented groups. In addition, I work with St. Anne’s College and others from the University of Oxford as well as schools from across the North East region to improve outreach in and representation from the North East of England in highly selective universities. I am happy to discuss any of these endeavours further.

The east Asian/Pacific region is home to ~ 30% of the global population and the location of a large number of volcanoes - some of which have produced a number of the largest volcanic eruptions over the last 200 ka. Across the islands of Japan there are over 100 volcanic centres that are known to have been active during the late Quaternary. Thus, it is crucial that the tempo of volcanism is better understood as well as the potential environmental impacts of large explosive eruptions in order to generate more accurate hazard assessments for Japan.

My research utilises cryptotephra layers to improve the tephrochronological framework for the east Asia/Pacific region. I am working on the Lake Suigetsu sedimentary sequence (a detailed and continuous palaeoenvironmental record from central Honshu, Japan) focussing on the 50 - 120 ka timeframe that has not yet been studied.  This research therefore has the potential to refine the understanding of tephra dispersal in Japan. I am focussing on three factors (i) the magnitude and tempo of past volcanism, (ii) environmental responses to past large explosive volcanic eruptions and (iii) the synchrony of environmental response to past climate change over space and time.

Please contact me for further information or questions regarding my research.

Publications will be coming soon.